Neuromuscular TMJ Treatment Can Provide the Relief You Need

We provide neuromuscular TMJ treatment at our Duluth, GA, practice to help you achieve lasting relief from symptoms like headaches and facial pain.

Occlusion (the closing together of teeth) is the foundation of dentistry. It is of key importance in the success of every major dental procedure. Occlusion is affected primarily by three components: the teeth, the muscles and the temporomandibular joints (TMJ). These joints have a head that fits into into a concave area of the skull. This is surrounded by muscles, ligaments and blood vessels. There is a soft pad called an articular disc made of cartilage and it goes between the two bony pieces. For decades dentistry has focused primarily on the teeth. The traditional approach to finding the correct bite position (establishing the relationship of the upper jaw to the lower jaw) has been to physically manipulate the lower jaw into a rearward position, called centric relation. This position has been used to restore tooth relationships when one or several teeth are being restored at one time. One might consider this one-dimensional dentistry.

When the bite is not in a position that allows harmony among the various muscle groups that control it, some bad things can happen. An incorrect bite may cause the associated muscle groups to be overworked trying to maintain the bite in the present “programmed” position, even when a patient thinks the muscles are relaxed. This can lead to temporomandibular joint disorders (TMD), evidenced by problems such as clicking, popping, associated with pain, sore muscle groups at the temple of the skull and in the cheeks and limited mouth opening, to name a few. Other problems may be manifested such as facial, neck or shoulder pain, migraine and other types of headaches, ringing in the ears (tinnitus), clenching or grinding of the teeth, ear congestion, dizziness and insomnia. In addition, it can also cause chipped teeth or fillings, loose teeth, ditched out areas on the tooth right next to the gum line, pain behind the eyes, and even tingling in the arms and fingers. The muscles in the temple area of the forehead play an important part in the closing and posturing of the lower jaw. If a person’s occlusion (bite) is not right, it can lead to abnormal tension in these muscles as they try to improperly position the lower jaw. This is one of several causes of tension headaches.

If the bite is not corrected, muscles may remain tense for long periods of time. The contracted muscle never gets a chance to relax and soon suffers from poor circulation. When it is deprived of oxygen, the waste products of metabolism are not properly removed and this can result in pain. An improper bite can even produce postural problems because the muscles used in chewing are also closely related to some of the muscles in the neck. Many times we see people who have severely worn their upper or lower front teeth down, resulting in the mouth closing too much. This places the muscles in an abnormal functional position. Wearing away of the teeth is an indication that the lower jaw may really want to be positioned further forward and is slowly but surely “grinding” its way to that location.

How does neuromuscular treatment differ from that provided by traditional dentistry?

As a neuromuscular dentist, Dr. Norton will ask certain questions that will provide clues as to whether a patient has the signs of an improper relationship of their upper and lower jaw, as determined by their “bite” and/or other symptoms that may be related to the bite. If a person has one or more of the symptoms we spoke of, they may be a candidate for the neuromuscular approach to dentistry.

Neuromuscular dentistry seeks to position the jaw in such a way as to allow the muscles to come from a relaxed resting position into one that establishes proper occlusion (biting together fully) when the teeth are closed together. This is also important during all the movements made while chewing. It is a well-known fact that muscles will accommodate (adjust from a normal to an abnormal position) to overcome an otherwise bad bite and allow the teeth to close together with the muscles in a strained position. When the teeth are apart in a resting position, the muscles can still be in some stage of contraction as a result of trying to position the lower jaw into an improper location. A person may not even realize that the muscles are straining.

By establishing a proper bite relationship, many of the aforementioned symptoms may be diminished or totally eliminated. The first step in this process is to use TENS (Trans-cutaneous Electrical Neural Stimulation) to gently stimulate the muscles at an ultra-low frequency and power setting which is totally painless.  Dr. Norton will use a device that delivers a mild electrical stimulus to the major muscles used in chewing, as well as some of the neck musculature (trapezius), so as to relax and “deprogram” these muscles from their habitual contracted position. This increases the blood flow and flushes out toxins that reside in strained muscles, thus allowing him to locate the true resting position of the muscles.  He will then establish a proper bite registration from this relaxed muscular position. The “TENSing” is done for 45 minutes, or so, and then a new bite registration is made from this “de-programmed” position. Sometimes all that is necessary is an occlusal equilibration which involves polishing away and recontouring certain parts of the teeth that are interfering with proper occlusion.

In other instances, an orthotic may be fabricated.  It is a small spacer that is usually locked into place on the lower teeth and has the new bite position contoured into it. This allows the upper and lower teeth to contact in the way that was determined by the neuromuscular bite registration.  It will change the position of the lower jaw with the goal of eliminating some or all of the associated problems that were present. It allows healing of the muscles and the temporomandibular joints. The device will be worn over a period of months and occasionally adjusted to achieve optimum results. Once the new bite position is comfortably established, the patient will have choices as to how to proceed. Some may choose to wear the orthotic indefinitely. If that is the case, the orthotic will have to be removed periodically so the teeth and gums may be closely examined.  It is generally not replaceable and must be remade.  Others may choose to have the upper, or upper and lower teeth to be restored to the new bite position with onlays and/or crowns, thus eliminating the orthotic and its need for periodic replacement.  Dr Norton can restore the teeth in such a way as to maintain this new positioning of the jaw. 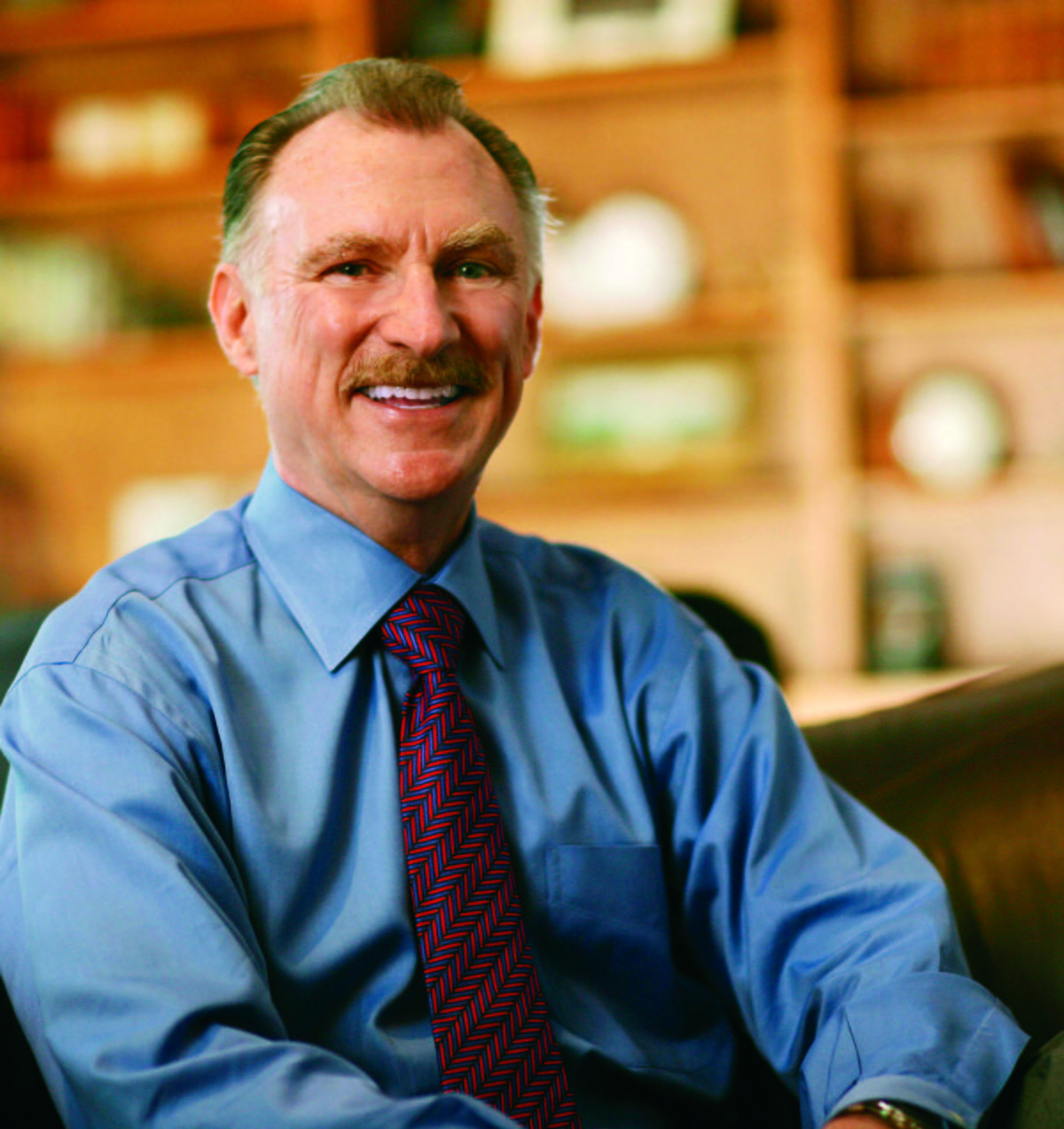 For over 30 years, Dr. Al Norton and his team of caring dental professionals have provided the community of Duluth, GA, unparalleled care in a comfortable environment. Our dental practice provides a number of advanced treatment options, including:

To learn more about how we can help you achieve optimal oral health, or to schedule an appointment at our office, contact us online or call us at (770) 513-1312. 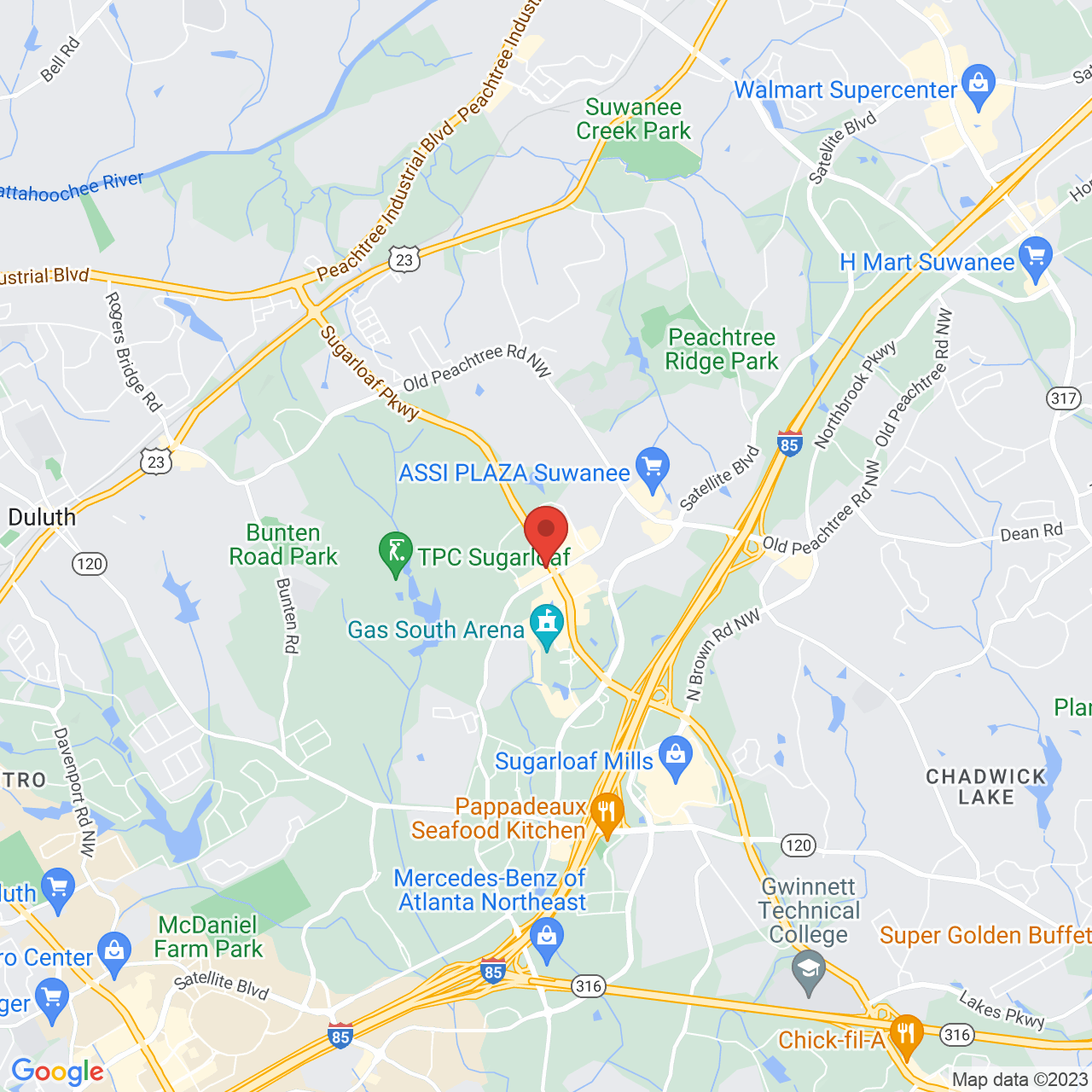 "We are dedicated to serving the best interests of our patients. You can be confident that your entire family will receive thoughtful, individualized care to meet all their needs." Dr. Norton

*Disclaimer: results are not guaranteed, may not be permanent, and can vary per individual. Some images are of models, not actual patients. 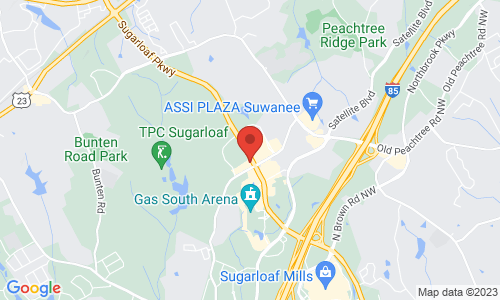